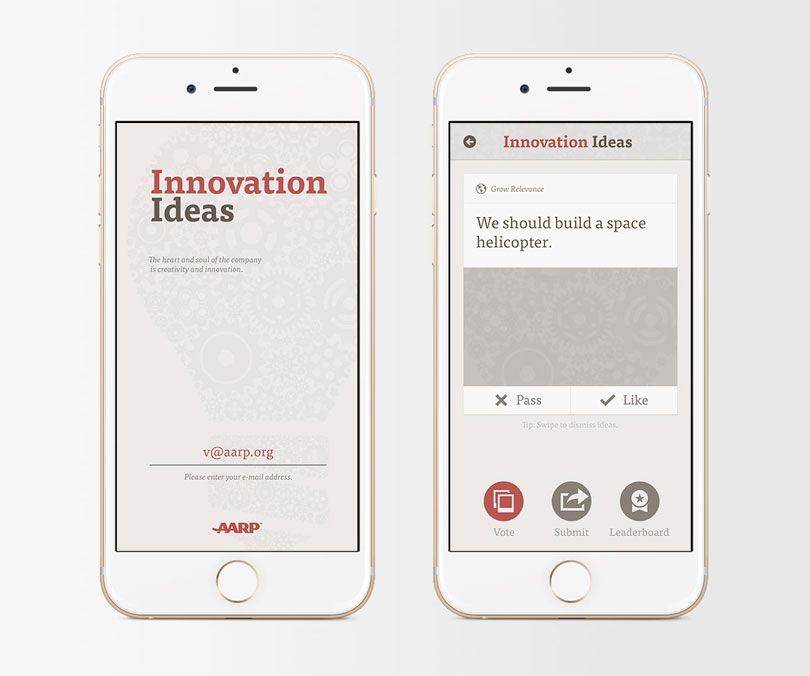 At EAI Technologies, we’re usually brought on to solve problems for a client: an aging website, a cumbersome workflow, or helping the client move into a sector they may not be as familiar with.  In the case of AARP’s Innovation Ideas app, we had the unique opportunity to help AARP as an organization solve the problems it faces by leveraging the imagination and intuition of each of its almost 2,000 employees.

As part of a greater push to involve all of AARP’s employees in the organization’s progress, we were asked to create a mobile application that would allow people to submit and vote on innovative new ideas.

Getting Down to Brass Tacks 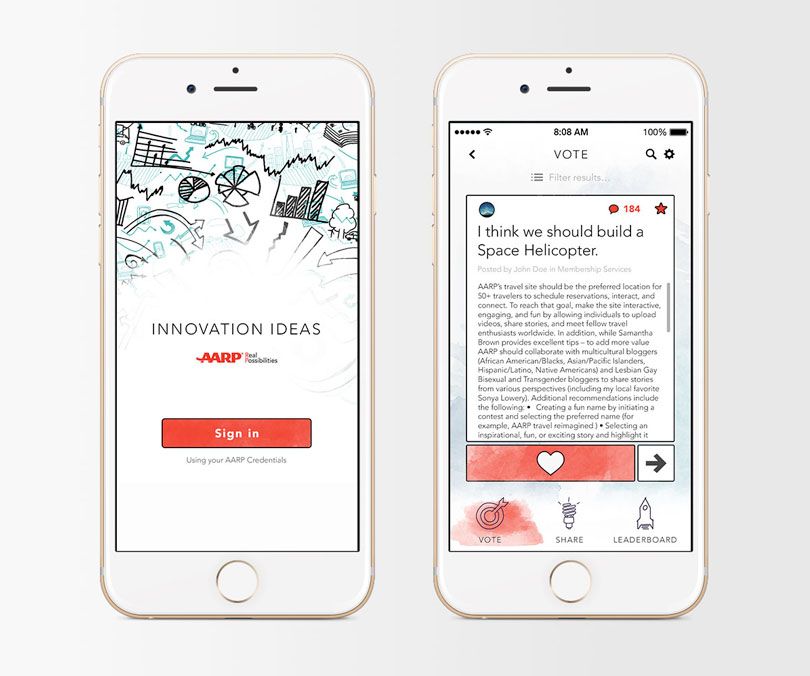 The innovation group at AARP had been working on a certain amount of branding (colors, fonts, etc.) and we were given access to those resources early on.  We put  together these mobile mockups based on our preliminary meetings by leveraging those design elements (albeit with a lot of “artistic license” at this early stage).

Because we’re primarily a web application developer, we chose to use Ionic with Cordova to create our mobile app using the tools we were best acquainted with, Angular and Sass.  One unique requirement of this product was that it had to work on the latest Blackberry operating system. Luckily software is provided by Blackberry to convert an Android .apk file to work with Blackberries. 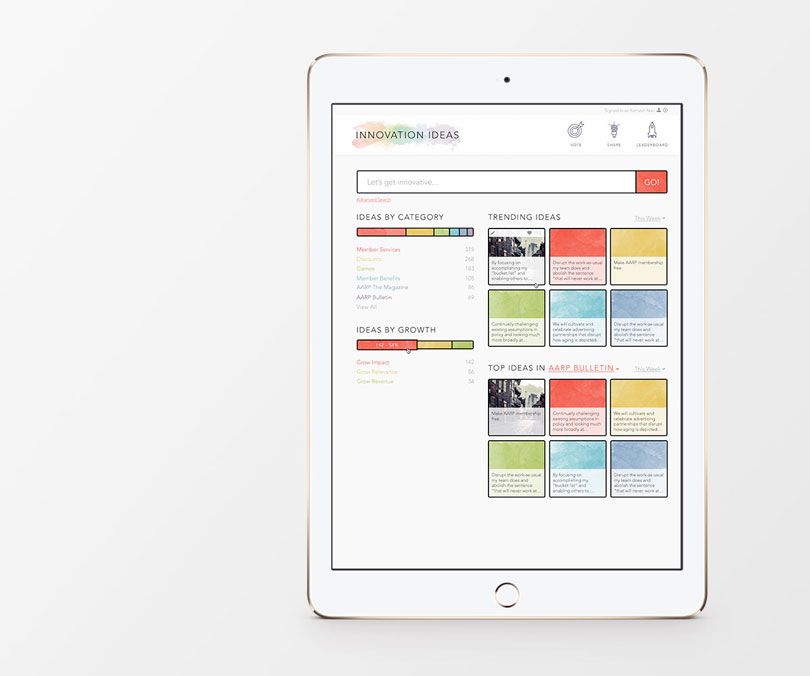 As the project matured it grew to include a desktop web app, so that people could access the system from their computers and to provide a number of important administrative functions that would be cumbersome on a mobile device.

This desktop app included a number of controls and features allowing AARP employees to get a more in-depth look at the types of ideas being generated and what ideas were the most successful.  This made it easy to submit your ideas on the fly from your Innovation Ideas mobile app and later check out the desktop version of the app to get an overhead look at how your ideas were doing and check out the great ideas of your fellow employees.

In bringing AARP’s Innovation Ideas app from sketches and concepts into two fully-fledged apps, I learned a huge amount.  It was my first project using the Ionic framework, it was a great experience working with AARP’s internal Innovation team, and frankly it was just something different.  As with any project, there were struggles and technical hurdles to overcome, but I’m very happy with how it panned out and I hope to do more things that are a bit outside of the box in the future.